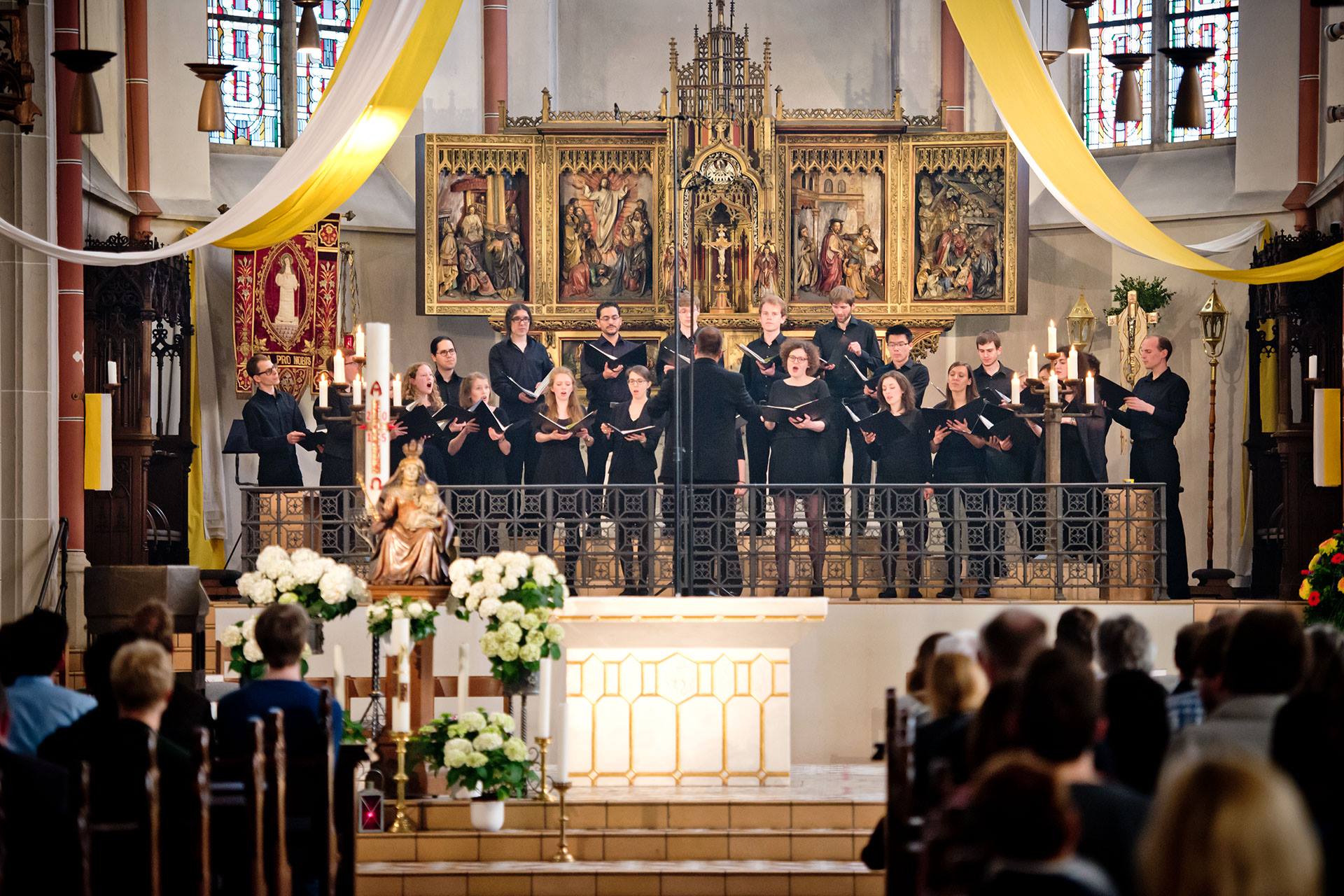 „Laudate“ (May 2015)
The debut project presented compositions ranging from Passiontide to Pentecost.

„Urlicht“ (November 2015)
As Part of UNESCO’s “International Year of the Light 2015”, this project encompassed vocal works of various artists and epochs revolving around the subjects of light and hope—with musical moods complemented by a spheric atmospheric/evocative lighting concept. The proceeds of one of the concerts in December 2015 went to the initiative “Düsseldorf setzt ein Zeichen”.

„Aus Kindertagen“ (June 2016)
Choir music with a focus on childhood. Hand painted drawings illustrated Rutter’s “Five Childhood Lyrics”and a captivating presentation engaged the audience. In addition to the three main concerts,  small private performances were given at the palliative care unit and the pediatric clinic of Düsseldorf’s university hospital.

„who made thee?“ (December 2016/January 2017)
A musical exploration of central characters of the nativity tale, accentuated by projections on ceiling and walls of the different churches.

„actus tragicus“ (June 2017)
A cooperation with the Raschèr Saxophone Quartet, contemplating death and the hope beyond. Highlight: The premiere of an adaptation/transcription for saxophone quartet and choir of Arvo Pärt’s Berlin Mass.

CD: „beata virgo“ (January 2017)
Compilation of a capella pieces, mainly from the “who made the” project, including two first recordings.

If you have any questions, feel free to contact us:
info@jungerkammerchorduesseldorf.de